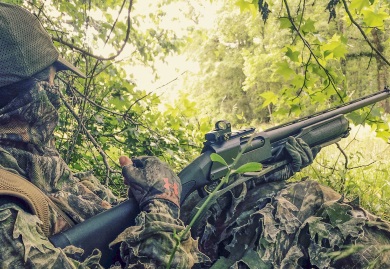 Approximately 50,000 turkey hunters take to the woods annually in South Carolina with hopes of harvesting a wily gobbler, and the 2019 spring turkey season was no exception. With an estimated harvest 15,783 adult gobblers and 1,591 jakes for a total of 17,374 birds, the spring turkey harvest was down a little over 3 percent from 2018.

Legislative changes that went into effect in 2016 provided an earlier starting date and increased number of days in the turkey season in 34 of 46 South Carolina counties. The effect of this season change was a 50 percent increase in opportunity (days) for the majority (74%) of the state. Although the harvest was up a combined 24 percent the first two years of the new framework, it has been down 10 percent the last two years.

This apparent up and down cycle related to harvest under the new season framework may be explained in two ways. First, perhaps turkey numbers initially increased when the new season went into place, leading to an increase in harvest because more birds were available for harvest on the landscape. Alternatively, more hunter effort associated with the new framework may have increased the harvest regardless of the number of turkeys on the landscape.

Digging deeper into this issue, we find that turkey production, as measured during the Summer Turkey Survey, which has been conducted annually since 1982, has been poor since the new season began. In fact, recruitment during the last 5 years has been the lowest of any 5-year period since the survey began. Typically, low recruitment is followed by decreasing harvest and good recruitment is followed by increasing harvest. Based on this analysis the initial trend of higher harvest under the new season does not fit with the notion of a recent increase in the turkey population.

On the other hand, hunter effort (days/hunted) has increased an average of 23 percent under the new season framework compared to the years leading up to the new framework. Again, the new season increased opportunity (days) for hunters in 34 of 46 counties by 50 percent and the data clearly indicates that hunters took advantage of this additional opportunity. With turkey production being low recently, it appears that increased effort, rather than increased turkey numbers, was more influential in the initial increase in harvest that accompanied the new season. This is supported because most recently, in spite of increased hunting effort, the harvest has declined. In any event, legislation passed in 2019 establishes a completely new season framework which will likely bring about new harvest trends as well.

The top counties for total turkey harvest in 2019 were Williamsburg, Orangeburg, Berkeley, Colleton and Spartanburg. However, because counties vary in size, a better method of comparing harvests between counties is the harvest per unit area; turkeys harvested per square mile, for example. Using this method, the top counties were Spartanburg, Pickens, Bamberg, Abbeville and Williamsburg.

Other statistics from this year’s survey indicate that there were approximately 49,060 turkey hunters, with the average hunter spending about 6 days in the field. Total effort expended by all hunters was approximately 258,445 days in 2019. The success rate was about 23 percent in harvesting at least one gobbler and curiously, the proportion of hunters who took two gobblers was slightly greater than those who took one, indicating that successful hunters had essentially the same chance of taking two birds as they did one bird. Approximately 76 percent of gobblers were taken in the morning with the remaining 24 percent during afternoon hunts. Finally, hunter opinion on the turkey population indicated that it was viewed as decreasing and this opinion has been consistent the last few years.

For more information on wild turkeys including the results of the annual Summer Turkey Survey (conducted in July and August) and the 2019 Turkey Harvest Report visit the SCDNR website at:
/wildlife/turkey/index.html.