SCDNR Board re-elects Hutchins Vice-Chairman for another term 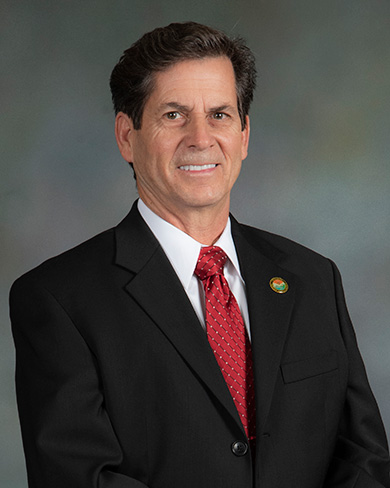 Businessman Mike Hutchins of Lexington, S.C., will serve a new four-year term as Vice-Chairman of the S.C. Department of Natural Resources Board from January 2020 to December 2023.

Gov. Henry McMaster has re-appointed businessman Michael E. "Mike" Hutchins to an additional term on the Board of the S.C. Department of Natural Resources, and at the January meeting of the agency's policy-making body, Hutchins' fellow Board members voted to have him serve another term as Vice-Chairman.

"Mike is exactly the type of individual you would want in this job," said SCDNR Board Chairman Norman Pulliam. "His strong business background, along with his passion for the outdoors and dedication to improving this agency and moving us forward on a number of fronts during his tenure on the Board are exactly why myself and the other members wanted him to continue as Vice-Chairman. I think Mike’s dedication and capabilities will continue to serve the agency and the citizens of South Carolina well."

Hutchins will serve a new four-year term as Vice-Chairman from January 2020 to December 2023. The SCDNR Board recently adopted a more formalized process for selecting a Vice-Chair, which including making the position a set four-year term. Board members themselves are appointed by the Governor for four-year terms, and the Governor also appoints one member to serve as Chairman.

Hutchins is among the most experienced of the current SCDNR Board members, having been originally appointed in 2011 by then-Gov. Nikki Haley. In the intervening nine years, he has taken an active role in overseeing policy direction for SCDNR, serving on the agency's Migratory Waterfowl, and Wildlife and Freshwater Fisheries Division advisory committees. He will continue in his current role as Chairman of the Wildlife and Freshwater Fisheries Advisory Committee. Hutchins’ background and experiences as an avid big-game hunter – across four continents and 22 countries; including time spent working with as a volunteer with wildlife agencies in South Africa, Texas and other U.S. states – prepared him well to take on a leadership role with the SCDNR, he said in a recent interview.

"I love this agency, and I do everything I can for it" said Hutchins, adding that he's particularly proud of his role in helping restore funding to the SCDNR's Law Enforcement Division, which was hit hard by budget cuts in the early 2000s. Hutchins' dedication to SCDNR Law Enforcement and the agency's Officer Corps has even included the unusual step for a Board member of attending the S.C. Criminal Justice Academy and becoming certified as a Deputy Law Enforcement Officer. Asked about future plans or goals for the agency, Hutchins pointed to his role as Chairman of the search committee tasked with selecting a new agency Director after the retirement in 2019 of former Director Alvin Taylor. "I just look forward to working with the new Director and continuing to build on all of the great strides that we made with Director Taylor and take the agency to yet a higher level." (SCDNR Marine Resources Division Deputy Director Robert H. Boyles was chosen to lead the agency in December and will be confirmed by the S.C. Senate in February.)

Hutchins, principal owner of the well-known regional Franks Carwash chain, resides in Lexington with his wife, Paula, of 44 years. The Hutchins' have three children and eight grandchildren.

The SCDNR Board is comprised of seven members representing each of the state's seven Congressional districts. The Board meets monthly, normally on the third Thursday of the month, and members of the public interested in issues affecting management of South Carolina’s natural resources are welcome. Meeting times, agendas, minutes and other information about the Board’s activities is available on the SCDNR website.