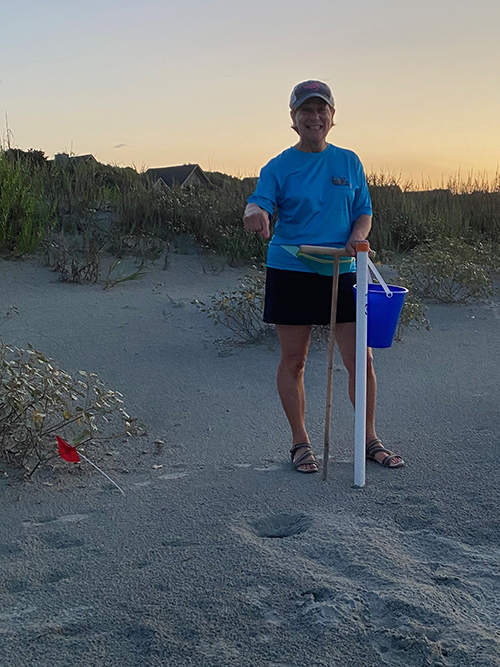 Early on July 11, volunteers on Kiawah Island discovered dozens of tiny sea turtle tracks leading across the beach and into the ocean. South Carolina Department of Natural Resources (SCDNR) biologists confirmed it was the first sea turtle nest to hatch in the state, marking the start of hatching season in South Carolina.

"Laid on May 6, this nest incubated 66 days," said SCDNR sea turtle biologist Michelle Pate. "It was neck and neck with the possibility that a Seabrook Nest would fully emerge first, but the accolade goes to Kiawah this year."

Beginning in May of each year, four sea turtle species come ashore to lay eggs on South Carolina beaches. After two months of incubation, young turtles emerge from their ping pong ball-sized eggs and quickly crawl back to the ocean. Sea turtle hatchlings typically surface at night, when temperatures are cooler and predators are easier to elude. Artificial lights from piers, roads and beachfront properties can disrupt this process.

Pate urged beachgoers and beachfront property owners to keep lights off the beach at night.

From dusk until dawn, you can help hatchling sea turtles by turning off all beach-facing lights, closing blinds and drapes on windows that face the ocean and avoiding flashlight and flash photography use on the beach. Red-filtered lights are a safer alternative.

Sea turtle hatchlings coming out of their nest are attracted to the blue and green wavelengths of light naturally reflected off the ocean. They use this natural light to navigate from their nest toward the ocean. If an artificial light source on the beach is brighter than the natural light of the ocean horizon, hatchlings will head towards the artificial source, a process known as disorientation.

Avoiding disorientation can be a matter of life or death for hatchlings. Disoriented hatchlings that crawl away from the ocean and toward bright artificial lights are highly vulnerable to predators and exhaustion.

Female sea turtles will continue nesting on South Carolina beaches for about two more months. At the season’s halfway point, staff and volunteers have counted around 4,200 nests. This year follows on the heels of a record-breaking season in 2019, in which sea turtles laid nearly 9,000 nests. 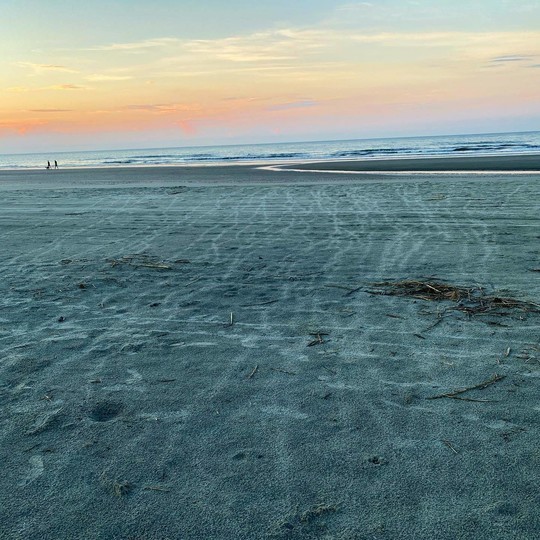