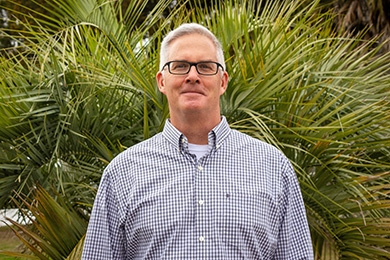 In his nearly three decades with the SCDNR Marine Division, Maier has worked in research, outreach and management. (Photo: E. Weeks/SCDNR)

"Phil is a strong team player with nearly 30 years of agency experience in pursuit of our mission, and he is committed to working collaboratively to help build a durable natural resources stewardship ethic for South Carolina," wrote Director Boyles in an email announcing the appointment to staff. "He brings a wealth of knowledge, expertise, and intelligence to this position."

Maier steps into the role after serving as acting deputy director for the preceding nine months, during which time Boyles worked as the agency's interim director in Columbia. Maier will be the agency's sixth leader for MRD, the division tasked with protecting and advocating for South Carolina’s marine resources.

Maier grew up in coastal New Jersey, where he spent formative years fishing with family and friends and working on recreational fishing boats. He went on to obtain an M.S. in marine biology from the College of Charleston, during which time he began his career with SCDNR. In the ensuing decades, he worked in positions spanning the marine division, from environmental research to sea turtle monitoring to coastal land management. Most recently, he served as the director of MRD's Coastal Reserves and Outreach section.

In his free time, Phil enjoys spending time outdoors with his wife, Beth, and their two children.