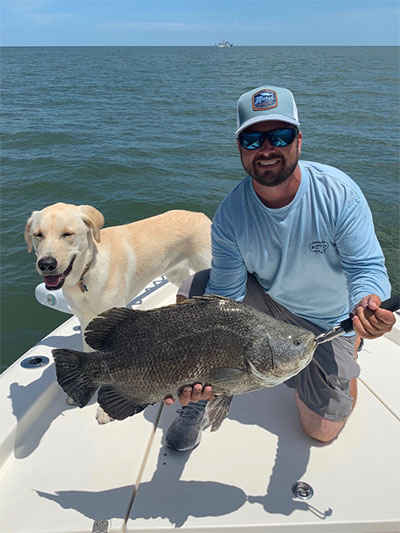 Legislators passed catch and minimum size limits for both Atlantic spadefish and Atlantic tripletail, two coastal fish that previously lacked some protections. Under the new laws, anglers may keep 10 spadefish per person per day (or 30 per boat) and may only keep fish at least 14 inches in total length. The creel limit for spadefish was previously 20 fish per person per day, with no minimum size limit. Anglers may keep three tripletail per person per day (or nine per boat), provided those fish are at least 18 inches in total length. No previous limits existed for tripletail in South Carolina waters.

Atlantic spadefish are beautiful, black-barred fish that often school in large groups around reefs. Some anglers take a specialized interest in fishing for spadefish, which are surprisingly strong fighters when hooked. Because of their schooling behavior and preference for artificial reefs, biologists and anglers have expressed concerns that they may easily be overfished from an area. At 14 inches, the new minimum size limit, spadefish tend to be 3-4 years old and part of the mature spawning population.

Atlantic tripletail are somewhat uncommon saltwater fish that resemble large bream and are known for an unusual habit of floating on their side near the water’s surface. Their mottled coloring provides excellent camouflage as they swim around jetties, reefs, pilings and other structures in search of small fish and crabs. Interest in the tripletail fishery has grown significantly over the last decade, and South Carolina was the last state within the Atlantic tripletail's range to enact limits on its harvest. Tripletail grow quickly – at 18 inches, a female tripletail is typically just over a year old. 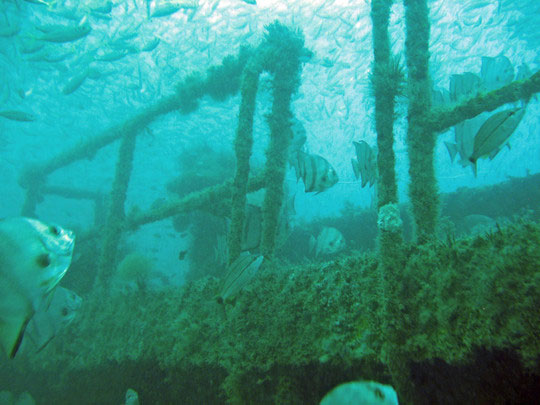 Spadefish (center) are frequently found in groups near underwater structures such as artificial reefs. (Photo: SCDNR)

Originally introduced in the S.C. Senate by Senator Chip Campsen in 2019, the tripletail and spadefish bills received unanimous approval in the Senate and were passed overwhelmingly by the House of Representatives earlier this year. The new limits took effect upon Acts 118 and 119 being signed by Governor Henry McMaster on March 24, 2020.