Tips for dealing with black bears in South Carolina 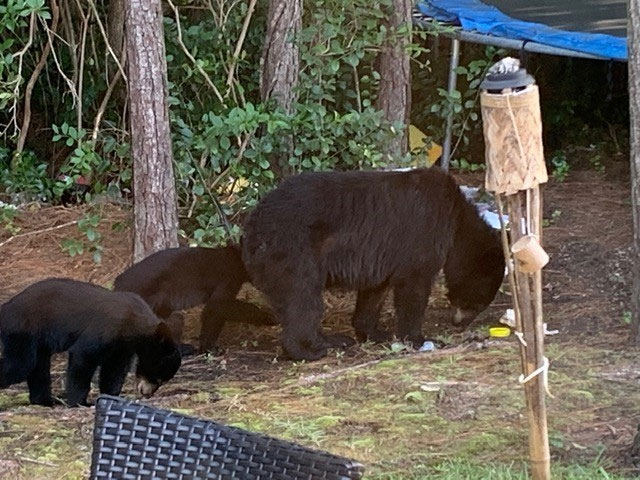 With the onset of spring, black bears are emerging from dens. During this time, bears are looking for easy food located in the coastal plains and piedmont areas of South Carolina.

The S.C. Department of Natural Resources (SCDNR) wants to remind South Carolinians to secure food attractants such as garbage, bird feeders, and pet food to prevent bears from stopping by. The most common human-bear conflicts involve unsecured food attractants.

The mere presence of a black bear does not necessarily represent a problem. Most bears are just passing through, but if there is an easy meal to be found, they will take advantage of it.

The key to dealing with wandering bears is not giving them a reason to hang around. Removing any food source that would attract bears will significantly reduce any bear issues in residential areas.

SCDNR offers these suggestions to better coexist with bears:

If you are camping in bear territory, follow these guidelines:

While people may be excited about seeing a bear, we want you to remember that bears are wild animals and should be respected. Black bears are usually shy, evasive, and non-aggressive toward people. People and black bears can live in the same area with little conflict by following basic rules.

If you see a black bear, you can report it.