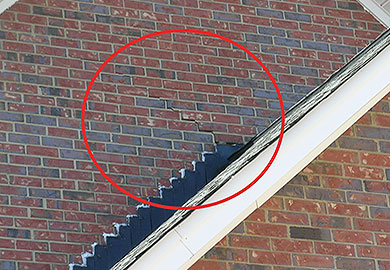 Both earthquakes were felt throughout the State; however, the M4.1 was felt over a wider area. Friday’s earthquake was felt as far away as Danville, Virginia and Columbus, Georgia. Similar to many Piedmont earthquakes, the extent of shaking was much greater in a northeast to southwest direction. This effect is the result of seismic energy being controlled by the regional structural pattern.

The maximum shaking intensity recorded for Friday's earthquake was five (Modified Mercalli Intensity), which resulted in moderate shaking and very light damage. Documented damage include cracks in mortared brick buildings near the epicenter, damage to brick pillars, and cracks in county buildings in downtown Edgefield. 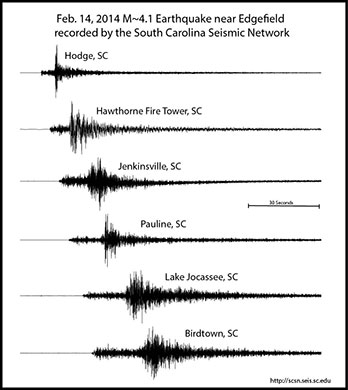 Edgefield has a limited history of earthquakes. Since 1974, three earthquakes have occurred in the county, all less than M3. All of these past earthquakes and the recent 2014 earthquakes occurred in proximity to the Eastern Piedmont Fault System (EPFS), an extensive fault system that extends from Alabama-Georgia to North Carolina-Virginia. Throughout most of its extent, the EPFS parallels the Fall Line.

The EPFS is a composite structure consisting of large and small faults trending approximately northeast-southwest. Further studies of the recent Edgefield earthquakes will investigate whether movement is along faults of the EPFS.