December 30, 2015Remember bats are mammals that should be protected

Bats are nature’s pest patrol and the major predator of night-flying insects, according to Mary Bunch, biologist with the S.C. Department of Natural Resources (DNR). All of South Carolina’s bats are insect-eaters, and since bats forage for several hours a night, a single colony can provide significant local control for flying insects, including mosquitoes, but more frequently moths, beetles and even wasps.

Since bats are such an important natural form of insect pest control, feasting on agricultural pests such as corn borers, June bugs, gypsy moths, grain moths, cutworm moths, potato beetles and even grasshoppers, it is in our own best interests to protect them, Bunch said. Yet many of the nation’s bat species are currently on state or protected species lists.

What can people do to help? Avoid disturbing maternity colonies and hibernating bats—even slight disturbance is harmful and never shoot, poison or otherwise harm bats. Nuisance bats can be encouraged to move elsewhere without killing them. The DNR maintains an updated referral list of South Carolina pest/animal control operators who do non-lethal bat exclusion work. This list is also available at local Clemson Extension Service and animal control offices.

“Bat exclusion is the only effective way to evict unwanted bats,” Bunch said, “and it doesn’t require the use of any chemicals. In fact, there are no effective bat repellents. Exclusion uses one-way exits; bats leave to forage in warm weather, and when they return, they can’t get back in.” Exclusion should be done in warm weather. Some of the companies on the bat exclusion referral list also remove bat guano.

Bat houses provide shelter for bats and are becoming increasingly popular as the public becomes more aware of the beneficial nature of bats. Bat boxes are available in many lawn and garden stores, but seek out good quality boxes, and do-it-yourselfers can build a good one relatively cheaply. If you build your own be certain to keep the roof and joints well-sealed.
Some societies hold bats in high regard. In China, the word for bat is “fu,” and the same word means happiness or good luck. In Chinese art, bats are frequently used to symbolize happiness.

Bats have more in common with humans than most people realize. Like humans, bats are mammals; they have hair, give birth to living young and feed them on milk from mammary glands. The bones in a bat’s wing are like those of the human arm and hand, although bat finger bones are elongated and connected by a double membrane of skin to form the wing. Bats even have thumbnails. 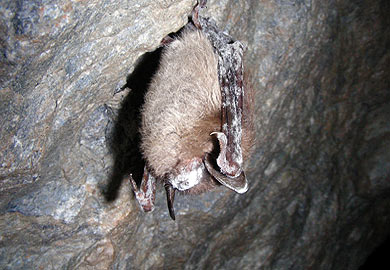 Despite our similarities, humans overall have not been kind to bats. Drastic reductions in bat populations have occurred during recent years in the United States and worldwide, and the reasons look disturbingly familiar: habitat destruction, direct killing, disturbance of hibernating and maternity colonies and the use of pesticides. White-Nose Syndrome, a fungus that has killed more than 6 million bats in North America, was confirmed in South Carolina in March 2013. Declines have been noted in South Carolina's tri-colored bats.

For the latest news on White-Nose Syndrome, visit https://www.dnr.sc.gov/wildlife/bats/batswns.html.