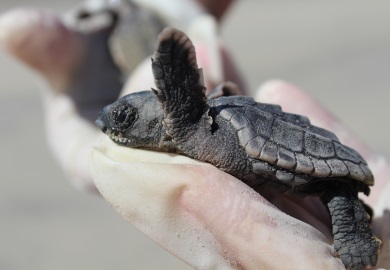 The 2018 sea turtle hatching season is underway in South Carolina – and due to dune erosion, state wildlife officials say it’s more important than ever to keep artificial lights off the beach.

Beginning in May of each year, four sea turtle species come ashore to lay eggs on South Carolina beaches. After two months of incubation, young turtles emerge from their ping pong ball-sized eggs and quickly crawl back to the ocean.

Early on Sunday, July 8, the first hatch of the year happened on Edisto Island, where sea turtle volunteers on their daily morning patrol were lucky enough to witness 109 hatchling loggerheads emerge from the nest. About a dozen nests have since followed suit across the coast. The early morning hatch was unusual – sea turtle hatchlings typically surface at night, when temperatures are cooler and predators are easier to elude.

“The early morning hatch was somewhat unusual,” said Michelle Pate, wildlife biologist with the South Carolina Department of Natural Resources (SCDNR). “Sea turtle hatchlings usually surface at night, when temperatures are cooler and predators are easier to elude – but that’s also why artificial light pollution can be a problem.”

Three consecutive years of active hurricane seasons have leveled the dunes on many South Carolina beaches, eliminating a barrier between beachfront properties and the stretches where sea turtles come ashore to nest.

That’s why it’s especially important for beachfront property owners and visitors to reduce the amount of light pollution on beaches, Pate said. From dawn until dusk, you can help by turning off all beach-facing lights, closing blinds and drapes on windows that face the ocean, and avoiding flashlight and flash photography use on the beach. Red-filtered lights are a safer alternative.

Sea turtle hatchlings coming out of their nest are attracted to the blue and green wavelengths of light naturally reflected off the ocean. They use this natural light to navigate from their nest toward the ocean. If an artificial light source on the beach is brighter than the natural light of the ocean horizon, hatchlings will head towards the artificial source, a process known as disorientation.

Avoiding disorientation can be a matter of life or death for hatchlings. Disoriented hatchlings that crawl away from the ocean and toward bright artificial lights are highly vulnerable to predators and exhaustion.

Female sea turtles will continue nesting on South Carolina beaches for about two more months. At the season’s half-way mark, just over 2,000 nests have been counted. While lower than the five-year average, SCDNR biologists stress that this is not cause for alarm – female sea turtles do not nest every year, resulting in cyclical fluctuations from year to year. Laying eggs requires a great deal of energy and can thus be affected by the quality and availability of food during the winter, among other factors. The last ‘low’ nest year was 2014, when sea turtles laid just 2,097 nests in South Carolina.

“Despite fluctuations, we’re overall encouraged by the upward trend in loggerhead nest numbers over the last few years,” Pate said. “With continued coastal development and use coupled with the devastating efforts of storm activity on our beaches, we ask that residents and visitors help us continue to protect these animals and be good stewards of the environment.” 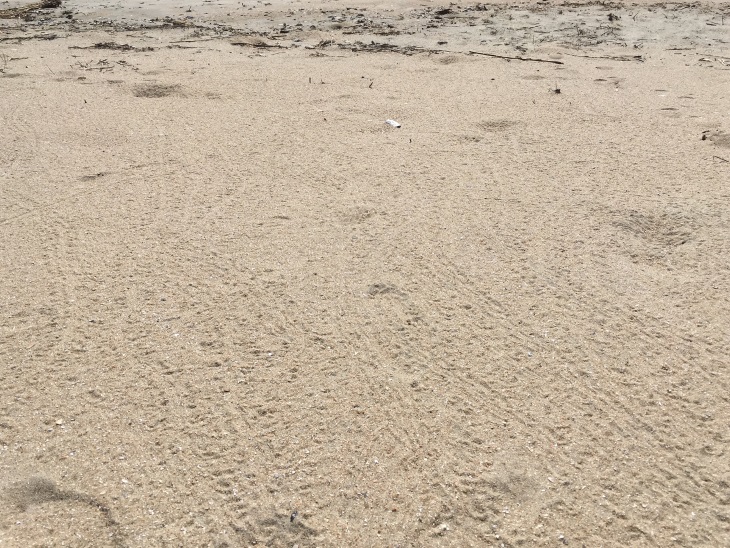