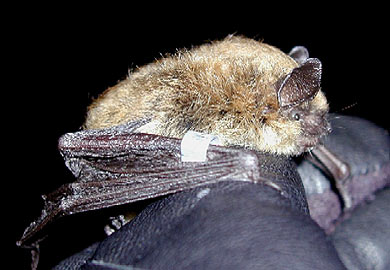 Crescent Communities, Friends of the Conservancy, Reagan Smith Energy Solutions Inc., Lowe's and the S.C. Department of Natural Resources all helped sponsor the South Carolina Bat Blitz July 26-30. Many other groups and individuals also shared time and equipment. There were 96 registered participants in the Bat Blitz, not including Palmetto Bluff Conservancy staff or volunteers at Palmetto Bluff or any of the other sites. Participants came from as far away as Alaska and Nebraska, and 17 Universities and at least 10 government agencies were represented.

The event was kicked off by a public and press day hosted by the Osher Lifelong Learning Institute (OLLI) at the University of South Carolina Beaufort's Bluffton campus where visitors could attend lectures, practice a hands-on netting demonstration, learn about bat boxes and even see live bats!

The Palmetto Bluff Conservancy was created to ensure the conservation vision for Palmetto Bluff, located in the heart of the South Carolina Lowcountry. For more information, visit www.palmettobluff.com.