Senate Bill 454 was filed on behalf of DNR by Senator Chip Campsen of Charleston in February of this year. The legislation proposes a limit of four antlered bucks per year and that all deer harvested are tagged. The Antlerless Deer Quota Program (ADQP) that many landowners and hunt clubs utilize would continue to be available with quotas being issued for both bucks and does. The bill passed the Senate in March and currently resides in the House of Representatives where it will be considered when the legislative session begins in January. 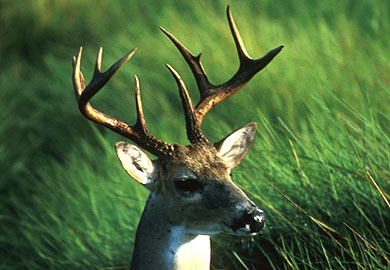 According to Charles Ruth, DNR Deer and Wild Turkey Program coordinator, “The state's deer population has changed in recent years and although there are still some areas where deer numbers and reports of agricultural damage remain high, the overall population has decreased as indicated by a 35 percent decline in harvest. Reasons for the decline include habitat changes related to forest management, extremely liberal deer harvests over the last two decades, and the colonization of the state by coyotes since the turn of the century.”

Although there is a 5-buck limit prescribed in the two upstate Game Zones these limits have never been enforceable. In the coastal Game Zones, state law specifies there is “no limit” on antlered deer, a situation that has never been a function of DNR. This lack of a reasonable bag limit on bucks is in stark contrast to other states and to the approach with other fish and game species in South Carolina, which typically have limits. From a management standpoint, tagging all deer is beneficial because it would allow better regulation and manipulation of the harvest of antlerless deer (doe deer). This is important as we attempt to mitigate the impact of coyotes on future deer management.

All meetings will begin at 7 p.m. and the dates and locations are as follows: