The S.C. Drought Response Committee, meeting via conference call on Sept. 24, 2015, has downgraded the drought status of the coastal counties of South Carolina. Counties throughout the rest of the state remain in either incipient or moderate status, although the Committee is optimistic for more downgrades with the forecast of heavy rain around the state. 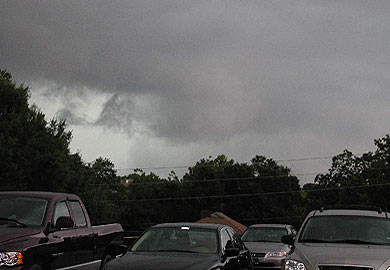 The Committee removed the drought status from Charleston County due to recent significant precipitation with some areas of the county receiving over 16.00” inches in the last 60 days. Jasper and Beaufort counties were also downgraded to no drought status due to, for example, Daufuskie Island receiving 23.13 inches since mid-July. Dillon, Marion, Horry, Georgetown, Colleton and Hampton counties were also downgraded from moderate to the first level of drought or incipient.

As rain was once again falling across South Carolina coastal counties, it was an easy decision for the Drought Committee to downgrade the drought status in all coastal counties. There was a longer discussion about the Upstate drought conditions.

According to Hope Mizzell, S.C. State Climatologist, "It has been very dry for many areas across the Upstate. However, the Committee was hesitant today to make any major changes due to the potential for heavy rain in the forecast. The rainfall expected over the next few days has the potential to be the largest and most widespread since June 1."

The Committee decided to delay upgrading or downgrading the drought status in most counties due to the pending rainfall, but will reevaluate on October 5, 2015.

Brad Powers, Blue Ridge Rural Water Company, emphasized, "Much of the Upstate of South Carolina is currently in a moderate drought state, but with the forecast rainfall over the next several days, the Central South Carolina Drought Response Committee feels that leaving the Upstate at incipient, until our next scheduled meeting, is best. If the Upstate fails to receive the forecasted rainfall, I would recommend moving the Upstate part of the Central Drought Area to moderate drought status."

"The forecast for the next week indicates precipitation for the Yadkin-Pee Dee, Catawba-Wateree and Keowee-Toxaway lakes, but without significant rainfall, levels are expected to continuing declining for the foreseeable future and well into the fall," George Galleher, principal engineer with Duke Energy.

Drought Response Committee Chairman Ken Rentiers stated, "With the forecast of rain over the next several days, we are cautiously optimistic drought conditions, for at least some parts of the state, will improve and so the committee is expected to reconvene on October 5.”