The boardwalk at the Dungannon Plantation Heritage Preserve (HP) has been reopened because the wood stork nesting season has concluded. All trails are open for public use. “A record high number of wood storks nested at Dungannon HP this year,” said Christy Hand, S.C. Department of Natural Resources (DNR) Wildlife Biologist. “A total of 282 stork nests were counted in the rookery and an average of over two chicks survived per nest, making it a very successful nesting season.”

Additional information about the 2015 wood stork nesting season will be posted on the DNR Wading Bird Project website this fall. 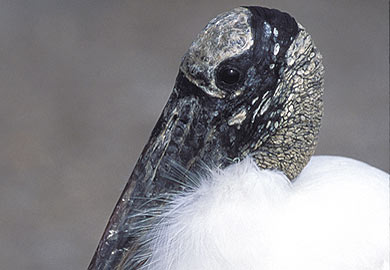 The Dungannon Plantation Heritage Preserve offers excellent habitat for many migrating and breeding songbirds and a variety of native wildflowers including large stands of wild Easter lily and five species of orchids. Dungannon HP is about 17 miles south of Charleston on SC Highway 162, four miles from the turn-off from US Highway 17. The management road system provides easy walking through open hardwood forest. No motorized vehicles are allowed. The preserve is open seven days a week during daylight hours.