Survey results for the 2014-15 hunting season show there was an increase in both rabbits jumped per hour and rabbits harvested per hour over the previous year, according to biologist Michael Hook, Small Game Program Leader with the S.C. Department of Natural Resources.

Through intensive field observations, South Carolina rabbit hunters and quail hunters maintained detailed records of their hunting excursions throughout the year and provided the data to the S.C. Department of Natural Resources (DNR) Small Game Program for analysis. Hunting data compiled included the number of rabbits jumped, number of rabbits harvested, number of quail coveys flushed, covey size, the dates and counties where hunts occurred, and the amount of time expended in pursuit of these species. 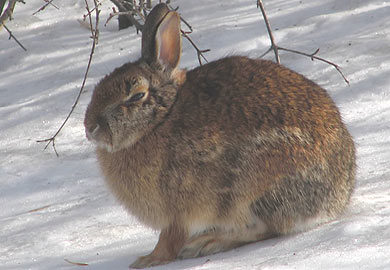 The Rabbit Hunter Survey indicated a significant increase in hunting success during the 2014-15 despite a reduction in participating hunters. A majority of rabbit hunting by survey cooperators (60 percent) occurred in the Piedmont. The Southern Coastal Plain Region exhibited the highest rate of rabbits jumped per hour (1.32), among regions with a minimum of 25 hunts.

Written comments from hunters in the surveys provided some excellent field observations, particularly on habitat conditions. About half of the hunters that rated their season gave their season a rating of good, the other half rated their season as fair. Several long time participants mentioned now that they were getting older they were no longer going to be able to hunt.

"Over the years we have seen a slight decrease in the hunter participation in the survey. In order to ensure continued accuracy and usefulness of future small game surveys, the Small Game Program would like to increase the number of hunters participating this coming season. This year we have created an online option to allow hunters to easily access and report their hunting endeavors," DNR small game biologist Michael Small said. Avid quail and rabbit hunters across the state who are willing to assist by taking careful notes on their hunts can go online and sign up to participate in our small game surveys or you can always write to DNR Small Game Project, PO Box 167, Columbia, SC 29202. If you write in please indicate whether you are interested in participating in the Quail Hunter Survey, the Rabbit Hunter Survey, or both.